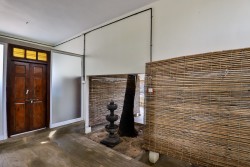 According to ancient texts, a human body is composed of several elements (Panchabhoothas):